about us / team / Martino Leoni

Meet the specialists of WeSI Geotecnica 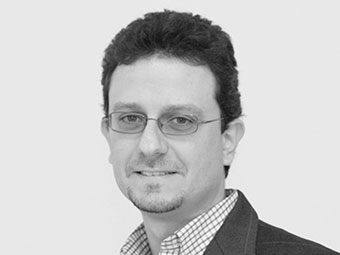 Martino got his PhD form the University of Parma in 2005, with a thesis on the implementation and use of constitutive models for Geotechnical Engineering, under the guidance of prof. Lorella Montrasio. Thereafter, he moved to Stuttgart for a four-years Post-Doc under the guidance of prof. Pieter Vermeer. During his Post-Doc he was involved in the EU-funded research training network AMGISS (Advanced Modelling of Ground Improvement of Soft Soil) and in the numerical analysis of the creep behaviour of Leaning Tower of Pisa.

In 2009 Martino co-founded the company Wechselwirkung Studio Italiano Snc with his brother Lorenzo and then, in 2010, founded the stand-alone company WeSI Geotecnica Srl. Since then, he has been acting as Managing Director and Lead Analyst of Wesi Geotecnica taking part in several projects involving traditional and advanced geotechnical analysis. He is also leader of the Research and Development activities, as coordinator of Manunet DAS-NAG project and reference person for COGAN project, in which WeSI Geotecnica acted as core partner.

In 2013 WeSI Geotecnica co-founded the Hygest consortium for numerical analysis in Engineering together with the partner company OAC Ingegneria. Martino is in the Board of Directors of Hygest in charge of Geotechnical Engineering sector.

As of 2017, he was appointed Adjunct Professor at the University of Genoa, lecturing the course "Geotechnical Numerical Modelling", II year Master program in Civil and Environmental Engineering.

Martino studied at the University of Parma, where he got a PhD in Geotechnical Engineering in 2005.

After moving to Stuttgart for a Post-Doc, he worked on the development of constitutive models for creep in soft soils and then, in 2009, he founded the company WeSI Geotecnica together with his brother Lorenzo.

As of 2017, he is Adjunct Professor at the University of Genoa.